This tutorial is the second part of our implementation of the React Native eCommerce app. In the previous part, we successfully implemented the splash screen on the iOS platform. This part is the continuation of the same tutorial series where we are going to implement a Splash Screen for the Android platform. So, for the implementation of Splash Screen in the iOS platform it is highly recommended to go through the first part of this tutorial series.

Note that, this tutorial part may not have any connection with the first part of the tutorial. The main essence of this part is to implement only the Splash Screen for the Android platform.

As mentioned in the first part, this tutorial series was inspired by the React Native Eccomerce template which helps us build dynamic and powerful ready to deploy eCommerce applications that anyone can use to build their own eCommerce startups or sell the application templates. This part follows the coding implementations and designs from the Youtube video tutorial by Handlebar Labs for the Splash screen in Android. The video tutorial uses the old version of React Native and the required plugins. We are going to use the same design and coding implementation for the splash screen but in the latest version of React Native and required plugins.

Setting up a boilerplate App

This is will set up the starter React Native project for you.

As we can see, there are some styles bound to the View and Text components. These styles are provided in the code snippet below:

Hence, by using the code above we are going to get a simple welcome screen when we run our app in the android emulator.

Note that the screen template is simplified in this tutorial to provide better simulation and transition of Splash Screen to the app screen. Any type of screen template can be used according to the developer’s choice.

Therefore, if we run the app in the android emulator, we will get the following result:

Now, we will move on to adding splash screen icons to our React Native application.

For that, we need to go to this link and download the icons.

Here, we need to add the icons according to their sizes to different folders:

Lastly, we need to rename all the icon files as ‘icon.png‘ in all the directories.

Now, we move on to the Native Phase where we are going to work on ‘./android/’ of our project folder.

In this step, we are going to make configurations in our native ‘./android/’ directory. For that, we need to open our ‘./android’ as a project in Android Studio.

Hence, we will see the following result in the Android Studio:

In the screenshot above, we can see the icons that we copied in the ‘./res/icon/ folder.

Drawing an Icon with background

Here, we are drawing a native android item component with width, height, icon, and alignment center for our splash screen. We can see that we have also include the color for our background but have not implemented it yet which will show an error in our Android Studio.

Now, to solve this, we need to create a new Drawable Resource File named ‘colors.xml’ inside the ‘./res/values’ directory. Then, we need to add the following code to the ‘colors.xml’ file in order to define colors for our splash screen background:

Here, we have added a light green color code to the color component with name as green as well as the same color named primary dark. This will be used in the background_splash.xml file as well as other files in order to impart color properties into our splash screen.

Hence, we will get the following result in the Preview section of ‘background_splash.xml’ file of the Android Studio:

As we can see, we have got the background color as well as the icon in the Preview section.

Here, we are going to configure some styles for our native phase. For that, we need to need to copy the code from following code snippet into the ‘./values/styles.xml’ file:

Here, we are creating a basic style named AppTheme in to our Native app. Then, we added an additional style named SplashTheme with background_splash and color property.

Now, we need to make some configuration in our AndroidManifest.xml file.

Here, we need to open the AndroidManifest.xml file from the ‘./android/app/src/main’ directory. This file contains the MainActivity for our Native phase of the app. Now, we need to add an additional activity named SplashActivity with SplashTheme theme and intent-filter before the MainActivity as shown in the code snippet below:

in order to create SplashActivity class, we need to create a new class file in the ‘./app/java/com.splash’ folder named ‘SplashActivity.java’ as shown in the screenshot below:

Now, we need to add the following code to the SplashActivity.java file in order to show the Splash screen activity in the app when it runs:

Here, we have created an activity named SplashActivity which will run before the MainActivity when the native part of our react native app runs in the emulator.

Now, to test if the splash screen runs in the emulator, we need to re-run the android emulator. Then, we will get the following result in our emulator screen:

But, a white screen appears between the transition from the splash screen to the app screen. We can see that in the emulator simulation above. This issue takes place because there is gap between an android app running with the splash screen and the running of the React native app.

We have to handle this issue. For that, we need to resolve the gap between the running of native part and react native part. One way is to display the splash screen until the react-native part runs in the app. So, we are going to implement this now.

For this, we need to include a package known as react-native-splash-screen. The react-native-splash-screen package provides us with a splash screen API for react-native which can programmatically hide and show the splash screen. This package works both on iOS as well as Android. All the configuration for the React Native part as well as the native part is provided in the documentation. Now, in order to install this package into our react native project, we need to run the following command:

Now, we need to go back to the Android Studio project and open ‘MainActivity.java’ file from the ‘./app/java/com.splash’ folder. And then, we need to copy the code from the following code snippet into it:

Here, we have imported the SplashScreen package that we installed before. Then, we have used the show() method of SplashScreen module in our MainActivity in order to show the splash screen until the react-native part of the app runs in the emulator.

Next, what we need to do is to hide the splash screen when our react-native part of the app runs on the emulator.

For that, we need to go back to the App.js file of our React Native project. Then, we need to import the react-native-splash-screen package into it as shown in the code snippet below:

Now, when the react-native app screen mounts to the app screen the hide() method will automatically hide the splash screen.

As we can see in the screenshot above, the Preview section is empty. Now, we need to add the code to draw the splash screen template. The code is provided in the code snippet below:

Here, we have created a native linear layout with the image containing width, height, and icon source.

Hence, we will get the following result:

Now, if we run the app in our emulator, we will get the following result:

As we can see, the white screen gap doesn’t appear between the splash screen and the app screen. This means that the splash screen is also running the MainActivity and is hidden in the when App.js file of React Native loads.

Finally, we have successfully completed the implementation of the splash screen in the Android Platform.

This tutorial is the second part of the React Native Ecommerce app development tutorial series. In this part, we continued from where we left off in the first part of this tutorial series but it may not concern the development of the previous part. Here, we learned how to add the icons to the required folder in order to implement the splash screen. Then, we got the step by step guide on how to configure the native part in order to display the splash screen. Lastly, we also learned how to resolve the white screen gap issue by using the react-native-splash-screen in both the native as well as react-native parts of our app. 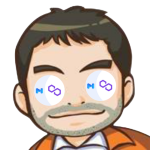